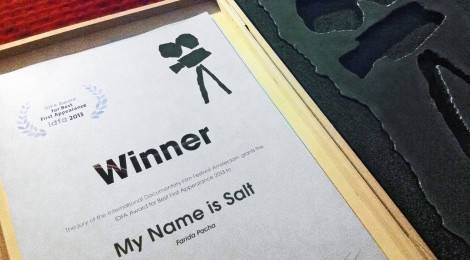 At the awards ceremony for the 26th IDFA in Amsterdam’s Compagnietheater the winners of the festival’s various competitions have been announced last night.

“Made with intimacy and compassion, the winning film answers every question the viewer might have and is never less than intriguing and gently fascinating. A beautifully observed film that takes the viewer on an absorbing journey into a strange and striking world, the IDFA Award for Best First Appearance goes to My Name is Salt by Farida Pacha“