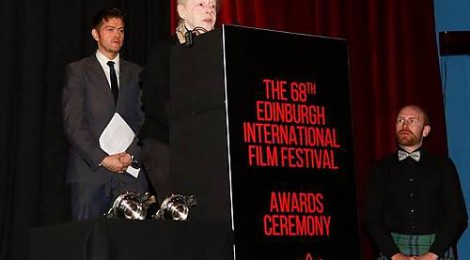 Special Mention for Documentary Artistry and Impact, to My Name is Salt, an extraordinary first feature from Farida Pacha.

The AWFJ Documentary Jurors Rebecca Murray, Sheila Roberts, Nikki Baughan, Kimberley Lindbergs, Cate Marqius and Jennifer Merin (Chair) found the film to be “a masterpiece of the observational style. In following a single family of salt farmers during their eight month seasonal work cycle in a remote region of India, Pacha introduces us to a uniquely challenging traditional lifestyle, one that exemplifies the way in which human perseverance and dignity transcend circumstance. The filmmaker’s respect for her subjects shows in every frame of Lutz Konnermann’s exquisite cinematography. We congradulate Pacha on her achievement in this film and can’t wait to see more of her work!”

The Alliance of Women Film Journalists, Inc. (AWFJ), a not-for-profit corporation, is an international association of leading professional female movie critics, reporters and feature writers working in print, broadcast and online media, dedicated to supporting film work by and about women – both in front of and behind the cameras – through intra—group promotional activities, outreach programs and by presenting the annual AWFJ EDA Awards in recognition of outstanding accomplishments (the best and worst) by and about women in the movies. In 2012, AWFJ launched its festival awards program, presenting EDA Awards to women filmmakers in partnership with select film festivals and organizations.