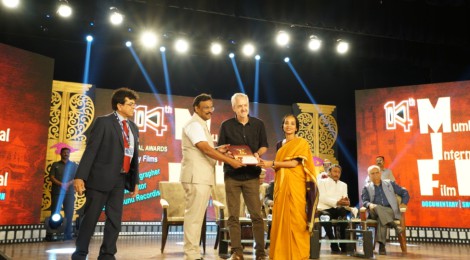 Farida Pacha and Lutz Konermann receive Best Feature Length Documentary and Best Cinematography awards for “My Name is Salt” at the International Competition of the Mumbai International Film Festival 2016.

“The Best Film. We are giving the Best Film Prize in the category of long documentary to the vibrant masterpiece, to a gorgeous work of cinema in its purest form a truly ontological-filmic revelation, which filled us with pride of our profession. The God of cinema is smiling from joy. The prize goes to the film MY NAME IS SALT.”